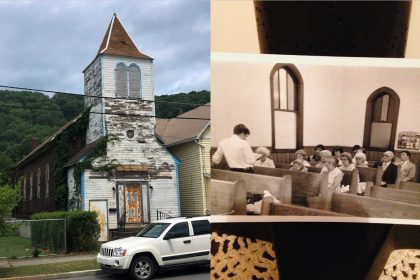 I grew up in a small church that had a lot of reasons why it could never make a difference. There were so many obstacles to kingdom impact, it is difficult to know where to begin.

The church was in Johnstown, Pennsylvania, a decaying, rust-belt town. You couldn’t have selected a worse place to put a church. It was located on Maple Avenue in Woodvale, one of the worst neighborhoods in town. Growing up in the 60’s and 70’s, Johnstown was a dying steel town. Across the street from the church was a large steel mill parking lot. Down the street were blast furnaces which would light up the night sky and cover the neighborhood in gritty pink soot. Immediately behind the church was a massive rail yard with miles of boxcars waiting for their next journey. Most people have no concept of what a place like Johnstown is like unless you see it for yourself. Compared to Johnstown, struggling Indiana towns like Anderson or Muncie look like they are flourishing. This simple statistic gives you an idea of the loss that Johnstown has suffered: Following World War II, about 18,000 people worked in Johnstown’s steel mills, today the entire population is just over 20,000.

In the 60’s and the 70’s, the church was surrounded by poor working class immigrant families from eastern Europe. Even though the church was founded by Slovak families, nearly all the families surrounding it were Roman Catholic in varying degrees of practice. The barriers between people that were steeped in Catholicism and the Holiness teaching of the Church of God were immense.

Of all the churches located along Maple Avenue, the Church of God was the least attractive. On the same mile-and-a-half stretch of road, there were two large Roman Catholic churches, a Serbian Orthodox church, and a Greek Orthodox church. All had buildings designed to inspire. The Church of God building was a one-room church with a basement, nothing fancy, nothing to catch your eye. Above, there’s a recent photo of the old church building, now abandoned. Picture it without the peeling paint or the ivy growing up the walls and you have a good idea of what it was like back in the day. Alongside of that is a photo of the adult Sunday School class that met in the sanctuary.

I learned sanctified people can squabble and fight about the dumbest things. “Who’s for the pastor? Who’s against the pastor?” were all too common battles that shouldn’t entrap saints that were set free from sin.

The church was always small. Attendance hovered around 45 to 65 people. Children stayed in the service the entire time. The church met on Sunday morning, Sunday evening, and Wednesday night for prayer meeting. I was the only kid in my neighborhood that went to church three times a week. The only specialized programming was Sunday School for adults and children. No youth group, no youth conventions, no bells and whistles.

I could keep listing all the reasons why this church should have had zero kingdom impact, but I want to tell you how God used this little church full of imperfect saints to make an incredible impact for the kingdom. In over the 100+ years of history, that congregation has raised up 6 pastors and 1 missionary. It would be hard to find churches 10 times that size that have raised up similar percentages of kingdom leaders. What was so special about this little church?

The love of imperfect people saved by grace

Last week, I visited with my Uncle Paul who is in his mid-90s and grew up in that church. He told me that what he remembers growing up in the church is how the people loved him. They wanted the best for him. They prayed for him. He knew they cared about him. There is power in that. I experienced the same thing. I knew I was loved there. I knew that I belonged, that I was valued. I have a rich perspective of what a church “home” is because those folks were family. When I left the corporate world to pastor a small church of 10 people, they cheered me on. They prayed for me. They wrote letters and sent cards of encouragement. People from my home church sent gifts of money knowing that my young family was now living below the poverty line.

They cherished and proclaimed the Gospel

During the 60’s and the 70’s, the church was full of first-generation immigrants from what is now Slovakia. They were risk-takers. My grandfather left his entire family to come to America. When he landed at Ellis Island, he left his parents and his siblings behind. None of them would make the journey. He took that risk for a chance at freedom, opportunity, and a better life. The gospel was new to the immigrants that flooded into Johnstown during the early 1900’s. They were predominately Catholic and steeped in tradition but had never really heard and understood the freedom they could have in Jesus Christ. Along with their new life in America, they could have new life in Christ. They didn’t need a priest. They didn’t need the hierarchy of a church. They could read the Bible themselves and discover God’s Word together.

They cherished the Church of God (Anderson), for it was the Church of God that saw the flood of immigrants pouring into the steel towns in western Pennsylvania and eastern Ohio and reached out to them with the gospel message. The Church of God trained Slovak pastors and overseers, printed Bibles and hymnals in Slovak, and encouraged camp meetings for Slovak families. Cherishing the Gospel was a core value for the church, it was part of our DNA that was passed down from generation to generation.

The Word of God was central

I grew up hearing the Word of God taught and proclaimed with passion. When I left for college, I discovered how much of the Bible was ingrained in me. Between sermons and Sunday School, I was taught everything from Genesis to Revelation. The only book that was missing from the church’s syllabus was the Song of Songs, which I discovered on my own one Sunday during a long boring sermon.

Prayer was purposeful and intentional

Wednesday evening was prayer meeting. We would begin by singing a few hymns followed by spoken prayer requests and then people would raise their hands for unspoken requests. Then everyone would turn in their pews and kneel on the floor. Everyone would pray at once. Some would pray in Slovak (which was my experience of an unknown tongue), others in English. What I remember most is the heart-breaking prayers for the lost. Women would cry and weep in prayer for their lost husbands and children. Others would cry out with similar prayers asking God to save their loved ones and neighbors that were lost. Wednesday night prayer took up half of the service. It wasn’t unusual for that sweet cacophony of bi-lingual prayer to last 30 minutes or more all while we knelt on a bare hardwood floor and while leaning against unpadded hardwood pews. It would always end with people wiping away tears and dispensing tissues to wipe runny noses. In all my years since, I haven’t experienced a church that had that kind of passion for prayer and a heart for the lost.

It is so tempting to overlook small churches, to think they are somehow second-rate, that they are limited in their impact because of their size and their lack of the things we look for in “successful” churches. But nothing can be further from the truth. God specializes in doing big things with small things. Remember Jesus’ parable of the mustard seed and yeast? He was trying to reframe the minds of his disciples to teach them how God uses the small things of the world to grow the kingdom. More often than not, God uses the underdog, the over-looked, the out-matched, the uneducated, the unsophisticated to do incredible things. The true measure of a church is not its budget or its size, it’s the impact that it has for the kingdom. God loves small churches; I think that’s why He made so many of them.

Indiana Ministries loves and values small churches. That is why we are bringing Karl Vaters to spend a day with our small church pastors (pastors that lead churches of 300 or less). Karl is a passionate advocate for small churches. He pastors a small church in California and is devoted to lifting up and equipping small church pastors and leaders to realize their potential and value in the kingdom. He has authored numerous books and is a contributing writer to Christianity Today. He will be at Indiana Ministries on Thursday, April 28th from 9am to 4pm. Details and a registration link can be found HERE. 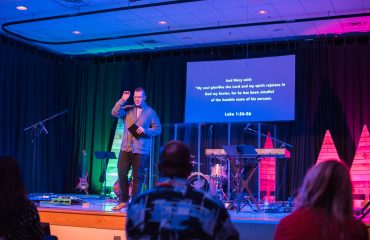