For a few years now, we have been operating under an important assumption. That assumption is that church multiplication movement happens when churches are making disciples to multiple generations of reproduction. Disciples who make disciples is the engine that drives churches planting churches.

Said another way, disciple-making is an accelerator for healthy multiplication. Churches that have an intentional pathway to make disciples who makes disciples also bears the fruit of some pioneering leaders who can and will launch a wide scope of church multiplication ventures.

The Mission 120 initiative was born.

Mission 120 is an initiative with a clear purpose of raising up and resourcing 120 disciple-making churches in Ohio, Michigan, and Indiana. We quickly connected with Jon Wiest of Groundswell who already had done the heavy lifting of building some cohort content to help churches build disciple-making pathways.

Over the past twenty months we have launched and completed three waves of Mission 120 cohorts. Just over 100 churches have completed the journey and started the heavy lifting of implanting their pathways! Indiana’s Mission 120 goal was 40 churches. We are only one away from reaching our goal!

We have several churches across the state and region that have not only launched first generation disciple-making groups, but also second-generation groups. Life change is unfolding. Multiplication is happening!

Fast forward a few years, can you imagine the impact of this disciple-making movement? We firmly believe we will continue to see a level of life change that is markedly different from anything we have seen in the past. We are expecting disciple-making with so many generations of multiplication it will become viral and difficult to track. We are believing this disciple-making focus will produce some pioneering leaders and church multipliers to start new kingdom ventures. Church, let’s join together and clearly ask God for those things!

In early 2022, we will launch a fourth wave of Mission 120 cohorts. We firmly believe we will push past our 120 disciple-making churches goal. We will also see each state reach its individual goals.

If you have not participated in a Mission 120 cohort now is the time! Be on the lookout for more information about the launch of this fourth wave. When the registration form hits your inbox, be sure to get signed up! Don’t miss the opportunity to be a part of the disciple-making movement God is creating in Indiana and the Midwest.

Incredible Training Opportunity For Your Church 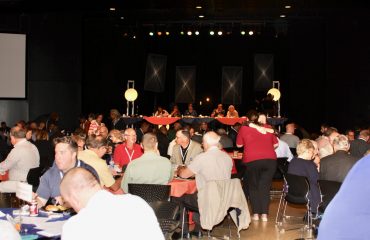