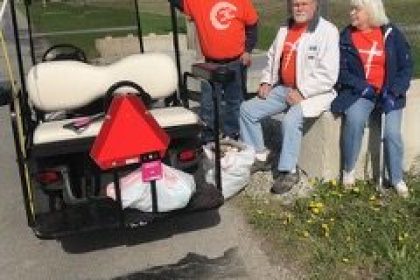 County Line Church of God in Auburn, Indiana launched its first satellite church on October 7, 2018.  Senior Pastor Stuart Kruse cast a vision for a satellite campus in the Garrett community stating, “Church multiplication has been an amazing journey for me.  I went from being a naysayer to one of its biggest cheerleaders.  Since the time of Paul, God’s evangelism and discipleship model has been to start new churches. And now that I’ve witnessed what God is doing in such a short time through our Garrett Campus, I’m even more convinced God sure knows what He is doing!  Joining Jesus in building His Church through starting new churches is more energizing and challenging than I ever imagined.”

Greg and Marcia Weller, Garrett Campus Pastors, felt God speaking and knew it was a calling that could not be ignored: “Garrett is our town, our friends, and our community. This is home.  We care about the people we rub shoulders with on a daily basis.  We were certain if we said no to this opportunity, it would be a huge mistake,” Marcia stated.  The first initiative was to create a prayer team, knowing that was vital for the success of a new church. Nathan Tatman, Missions Advancement Pastor at County Line, served as a mentor to the Wellers and met with them regularly offering great advice on church multiplication.

A core team was developed that met weekly, prayed together, and created a plan for an October launch.  Greg said, “The value of this team is immeasurable.  They were completely invested and possessed unique talents only God knew were needed.   Mere acquaintances have become close friends and a trusted team of like-minded people who have shared in this awesome experience.”  The core team visited multiple satellite churches and observed the process from setup to tear down.  Many questions were asked, great information was gained, and vision and clarity were developed.

In mid-June, County Line Garrett began meeting in the Weller’s garage on Sunday mornings.  They studied the Book of Acts, prayed, and developed relationships with the launch team. The congregation grew as friends and neighbors answered the invitation to join them.

The day before Launch Sunday, the church sponsored a Touch a Truck event, complete with pizza, face painting, firetrucks, police cars, tractors and snow plows.  It was a free family event in the school parking lot, right outside the door to the school auditorium where County Line Garrett would launch the next day.  It was a huge success.  God is working in amazing ways as new families are attending and the church is seeing growth and maturity in people’s lives.

The new congregation is spreading its influence by engaging the community. They have organized prayer walks and service projects in Garrett neighborhoods.  Marcia has been welcomed by the Garrett ministerial group who is working together to reach unchurched families.  The church has provided hygiene bags and basic needs for their local Head Start.  Most recently they worked together with school officials to begin an in-school mentoring program for junior high students.

When the Wellers reflect on what God is teaching them through this experience, Greg states: “We are humbly learning the power of prayer, and what happens when we seek Him and His strength.  We know the Lord has gone ahead of us and paved the way. We are honored to be part of County Line Garrett and are reminded daily how God does not call the equipped, but rather, equips the called.   It is not through our own strength and efforts that His will is accomplished.  We are simply sowing the seeds.”

As retired farmers, the analogy of sowing seeds is very significant to the Wellers.  Out of obedience they are sowing, trusting God to provide the rain to help the seeds take root and the sun to grow young sprouts into vital plants. And that is exactly what He will do as County Line Garrett grows new believers in the faith. 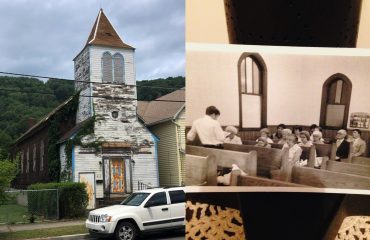