Chief Cornerstone Christian Center where we affectionately call ourselves “C4”, located in Michigan City, Indiana celebrated our first baptismal service at the Michigan City Beach located on Lake Michigan! We had six baptismal candidates, which included our brother in Christ, Brother Dan. Brother Dan currently resides in the state of Pennsylvania and became a member of “C4” during the COVID pandemic. “C4” was sharing space with another local church and when the local church decided to go virtually, we had to adapt also. We began to have virtual services on Zoom and Brother Dan was invited to our virtual services by a family member. Brother Dan was going through a difficult divorce after 20 years of marriage, and a new job promotion caused him to move over 470 miles away from his beloved children.

He found himself isolated and lonely from his loved ones and he was looking for answers to what he was experiencing; a relationship that collapsed and a new opportunity which was leaving a hole in his heart. Brother Dan found the answers he was looking for through our Lord and Savior Jesus Christ and he shared his testimony during our weekly Teaching Tuesday Bible Study. Brother Dan said that he grew up a Jehovah’s Witness, that he was indoctrinated as a child to only believe in what he was taught, but he felt an emptiness that he could not shake. And after attending several of our virtual services, he found that Jesus Christ loved him despite the failing marriage and the loneliness. When he accepted Christ into his heart and announced to the church that he wanted to be a member of “C4” although living in Pennsylvania, it gave us the encouragement to continue having a virtual presence during our in-person services. When “C4” eventually returned to in-person worship services, Brother Dan continued to attend virtually when we broadcast on Zoom or Facebook Live.

After we moved into our new worship facility, Brother Dan surprised the church on Easter Sunday with his presence and asked me if I could baptize him. When Brother Dan asked me, I told him that I would schedule a date to make this happen since we had no facilities to baptize him at the church and the weather did not permit us to baptize at Lake Michigan. Brother Dan told me, “Schedule the date and I will be back”. Brother Dan kept his word and because of his desire to be baptized five other candidates also wanted to be baptized in the name of the Father, Son and Holy Spirit. To God be the GLORY. 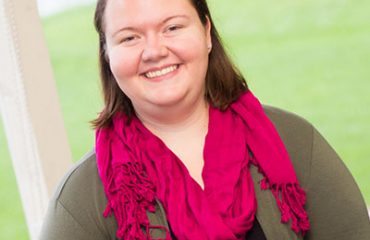