The Indy West Side Hispanic Church

The Indy West Side Hispanic Church 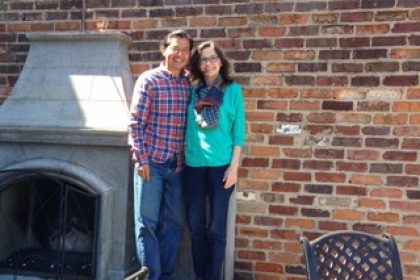 By Tom Planck and Israel Munguia

The story of the community surrounding Westlake Church on the west side of Indianapolis is familiar to many churches across the state. The culture has vastly changed over the past several years. A once mostly Caucasian community has now shifted to include a large population of African American and Hispanic people.

Westlake has worked hard to adjust to their changing community as they continue to serve and reach the people who live in their neighborhood. While these efforts have allowed them to serve the needs of these growing ethnic groups, they were frustrated that they were not equipped to go deeper relationally with especially the Hispanic families and children they were serving.

They began to pray about what more they could do. These prayers were answered with a clear vision and a connection with a pastoral family in North Carolina. The vision developed of a new church that could meet at Westlake focused on reaching the growing Hispanic population in their neighborhood. The family was Israel and Robin Munguia.

Israel and Robin have a clear call to launch a new church on the west side of Indy. They are finishing up a ministry assignment in North Carolina and will relocate to Indiana in June 2019. They have already purchased a home in the Westlake Church neighborhood! The Munguia’s will get to work immediately in June with hopes of launching the new work in late 2019 or early 2020.

Since the beginning of their marriage in 1995, Robin and Israel, both ordained ministers of the Church of God, have been serving the Lord in different capacities.  They believe that they are much better working together than individually. As newlyweds, they started serving together in Mexico City as first associate and later, senior pastors.  In 1997, at the request from the Church of God of North Carolina, they moved to the United States to reach the growing Hispanic population in the Statesville area.

The Munguia family is multicultural themselves. Robin received her calling as a small child, growing up in the Church of God in Aurora, Illinois, and Israel received his calling as a young college student attending the Jardín Balbuena Church of God in Mexico City, Mexico. They adopted their two sons, Josue and Caleb, from Guatemala.

Over the past year, God has put in the heart of both Israel and Robin to come to the Indianapolis area to plant another Hispanic church. Their vision is to pioneer a discipleship multiplication movement that not only welcomes Hispanics in west Indianapolis to a belief in Jesus Christ, but also empowers them to mature as disciples who are equipped to make other disciples. They believe that the Gospel of Jesus Christ has the power to transform individuals, families, communities and nations.

For Israel and Robin Munguia, the calling of the church is seized in its sending capacity more than its seating capacity. For this reason, their vision for the church is to be an instrument of redemption where people can be transformed, nurtured, equipped and empowered to replicate their transformational experience in others. Surely, the west side area of Indianapolis will witness the redemptive power of Jesus Christ working in the lives of Hispanic individuals and families. 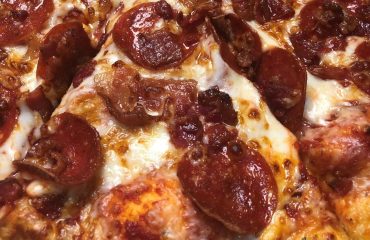